The above image shows a typical nitrogen cycle that occurs on earth everyday. For an aquaponics system to function properly, we depend highly on the bacteria and its function in the nitrogen cycle. To begin with, Nitrogen really is the fundamental element for all living things on Earth. Essentially, every living organism on earth needs it to transform from one state to another in order to sustain life.

Nitrogen Cycle is the process…

Whereby microorganisms convert nitrogen that exists in the air (about 78% of the earth’s atmosphere) and organic compounds such as fish excretion, into usable form such as Nitrite and Nitrate in an aquaponics system.

Your aquaponics water does not need to be chemically treated and can be re-used over and over again without having to be replaced. That is why it is so important that you understand what the nitrogen cycle is. This is when your system has built sufficient bacteria to convert all the ammonia produced into nitrate for your plants to consume as natural nutrients. These bacteria exist in the air and will propagate naturally in your fish tank and growbed.

So, what is this bacteria?

Now, this bacteria is actually a microscopic organism that will multiply naturally when the right environment and steps are followed. For anyone who is serious about starting aquaponics systems, you need to know how to create and maintain this environment for the bacteria to strive.

Don’t let this scare you though, don’t worry, it’s easy to do. This healthy colony of bacteria will go a long way in determining the success of your aquaponics system. Ultimately, a mature system will have enough bacteria to convert all the fish waste produced into nitrate, that is fertilizer for your plants to grow healthily.

In a nutshell, this is how the nitrogen cycle works in an aquaponics system. The fish will excrete ammonia through their faeces, urine and gills. Interestingly about 80% of it comes from the gills and 17% from their faeces. Of course this varies from one fish species to another, but generally those are the figures.

Bacteria in the nitrogen cycle…

So, in essence there are two main types of bacteria you need for your aquaponics system:

The cycling period takes about 2 weeks to a month normally, however this is greatly affected by your external environments. In colder countries, this tends to be slower and faster on the other hand in warmer geographical locations. That’s why it’s always easier to cycle your system during summer times. 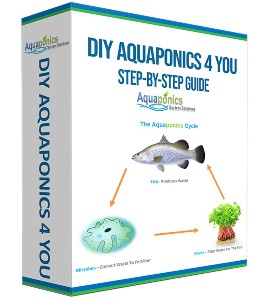 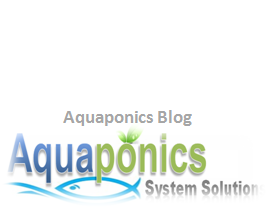 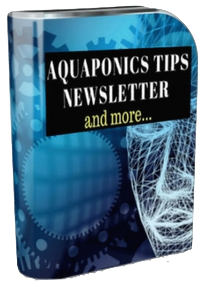